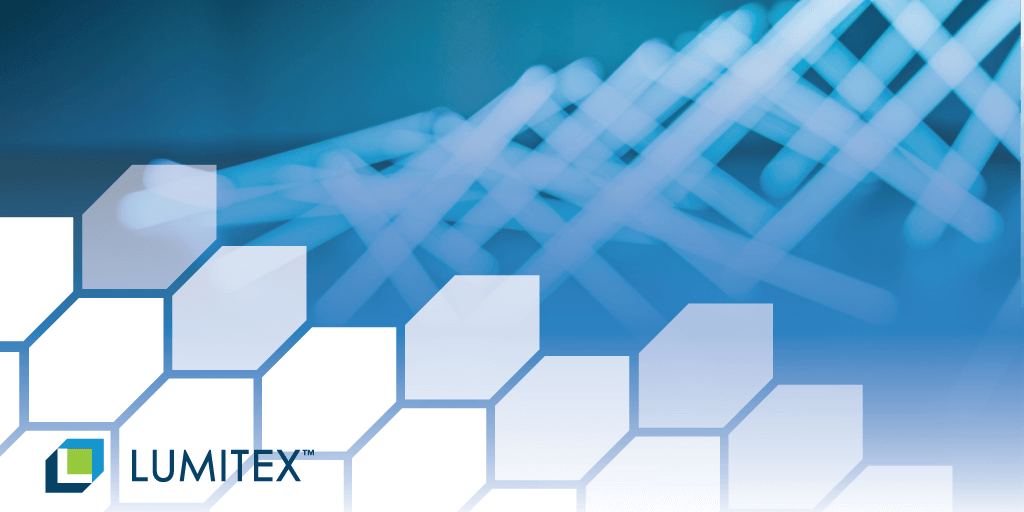 From sending critical data to enhancing products with beauty, fiber optics are all around us.

They are an important component used in advanced telecommunications, imaging, medicine and robotic vision. But they can also be found in mundane things such as kids toys and Christmas trees.

Maybe you have been lucky enough to see the fiber optic starry ceiling in the cabin of Emirates newly redesigned Boeing 777 or in the interior ceiling of a Rolls-Royce Phantom.

The construction of a fiber optic allows it to transmit light over long distances with minimal distortion.

At Lumitex, we counteract this process by using proprietary processing techniques to cause the fiber optics to emit light in a controlled manner.

The invention of our Woven Fiber Optic™ technology (flexible, lit fabric) occurred over 30 years ago in a garage using a repurposed loom. We have since refined this technology and invented different way of delivering light.

We use fiber optics in many diverse applications. From delivering phototherapeutic light to treat babies with Jaundice, or allowing spinal surgeons to visualize deep in cavities, to backlighting components found in automobiles, keyboards and even shoes.

But it is the ability to transmit light from a source to a specific location that continues to evolve. And because of this never-ending progress, we decided to take you on a tour into the world of fiber optic lighting.

Bonus Content: 9 Reasons Why Surgical Equipment With Illumination is Critical to OR's as a PDF. Easily save it to your computer or print for reference.

To understand how light propagates through an optical fiber, you need to understand two basic concepts: refraction and total internal reflection.

Refraction occurs when a light ray passes from one medium to another. As it crosses the boundary, the light ray will bend. The angle of this bend is determined by the difference in the index of refraction of the two mediums. This is governed by Snell’s Law:

Where n  represents the index of refraction and θ represents the angle of the incident and exiting light ray. A classic example demonstrating refraction is the visual distortion that occurs when a pencil is submerged in a glass of water. 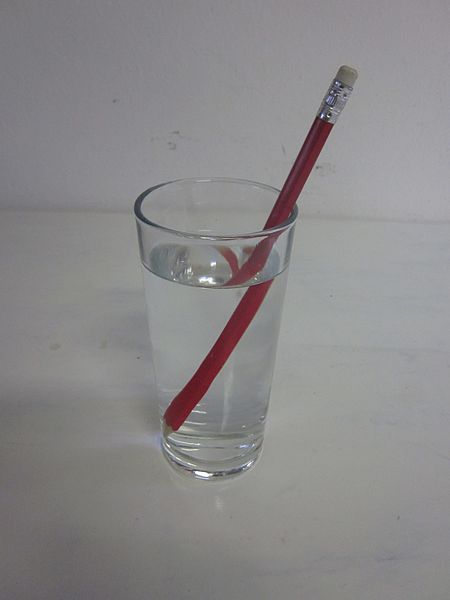 This idea is called Total Internal Reflectance or TIR and is demonstrated below.

How Does This Apply to Fiber Optics?

If you had a light guide, imagine an acrylic rod, which has a refractive index of 1.49, and you coupled a laser to one end, the light would continue to propagate through the rod as long as the angle is greater than the critical angle.

This is the basic principle of how light guides function to transmit light.

In theory, in a perfect vacuum with no scattering/reflectance loss of light would continue to propagate to infinity and beyond. However, in reality if anyone was to touch the light guide or if it was to come into contact with any other materials it could cause the light to unpredictably escape. This makes acrylic light guides good for short distances or to demonstrate TIR but not for long-distance communication or other technical applications where signal quality is important.

To overcome this, a coating is added over the core with a lower index of refection (RI) than core. This is called cladding. When the light is traveling through the core of the optical fiber and encounters the lower RI cladding, it will TIR and continue to transmit through the core. This cladding layer is what makes a light guide a fiber optic.

There are many different kinds of fiber optic cables and they are optimized for different applications. For example an optical fiber used for long distance transmission.

The second coating layer has a lower RI than the cladding to ensure that any stray light that makes its way into the cladding is reflected back into the core. The cable is then wrapped in a strong covering, such as Kevlar, and then covered with a thick cable jacket to protect it from the environment. The buffer zone isolates the fiber optic from the stresses in the cable.

Long distance cables for communication usually run underwater can be up to 10,000 km in length. Over that distance, signal quality is extremely important and they typically have multiple cores and more layers for protection.

Who invented the fiber optic?

It’s an interesting question because there were many people with significant contributions that advanced our understanding of light transmission that led to the fiber optic we have today.

In 1854, John Tyndall demonstrated to the Royal Society that light could be guided through a curved stream of water.  His famous experiment was the first official demonstration of TIR, although he had no explanation for why this phenomenon was occurring. [source]

In 1880, William Wheeler invented a system of glass light pipes lined with a highly reflective coating that illuminated homes by using light from an electric arc lamp placed in the basement and directing the light around the home with the pipes. While this accomplishes the same goal, this is not a fiber optic because it does not use TIR.

If you coat the core with a perfect mirror, it would reflect and transmit the light but in reality, a perfect mirror is difficult to achieve. It would be very expensive and you could end up with an imperfect mirror that would lead to a lot of absorption and scattering. A cladding layer is a much more practical approach.

An interesting application of this technology was discovered by the medical team of Roth and Reuss of Vienna who used a bent glass rod to illuminate body cavities in 1888. It was used to illuminate the larynx, nose and even some ophthalmological surgeries. This is something that Lumitex has perfected and now manufactures in-cavity instrumentation lighting for many surgical applications.

That same year, Harold Hopkins and Narinder Kapany at Imperial College in London succeeded in making image-transmitting bundles with over 10,000 fibers, and subsequently achieved image transmission through a 75 cm long bundle which combined several thousand fibers. Kapany went on to coin the term “fiber optic” and is considered the “Father of Fiber Optics.”

In 1964, Charles Kao and George Hockham published a pivotal paper that defined TIR and proposed that attenuation in fibers at that time were caused by impurities in the glass. At this time, the impurities in the silica and lack of practical method of manufacturing had prevented long-term communication for breaching reality.

In the paper he proposed that if someone could create fiber with an attenuation reduced below 20 decibels per kilometer (dB/km), that would enable long-term communication. They correctly and systematically theorized the light-loss parameters needed to create such fibers and Kao was awarded the Nobel Prize in Physics in 2009 for this discovery.

In 1970, A team of researchers from Corning Glass invented fiber optic wire or "Optical Waveguide Fibers" (patent #3,711,262) by experimenting with fused silica. They were able to solve the challenges presented by Kao and create a fiber that could carry light waves to a destination a thousand miles away.

Three years later in 1973, Bell Laboratories developed a modified chemical vapor deposition process that heats chemical vapors and oxygen to form ultra-transparent glass that can be mass-produced into low-loss optical fiber. This process still remains the standard for fiber optic cable manufacturing and was a significant contribution which led to fiber optic adoption.

By the end of the century, more than 80 percent of the world's long-distance traffic was carried over fiber optic cables.

Fiber optics are one of the most significant inventions in our history. Currently more than 2 billion kilometers of optical fiber is deployed around the world.

As a company, we engineer light where it is needed and create solutions that have a positive impact on life. We have brought many innovations to the fiber optic back lighting world in the Medical, Transportation and Electronics markets. One being the integration of light into medical tools.

For more information on how we can help you Spread the Power of Light please contact us.

Photo by Christopher Burns on Unsplash 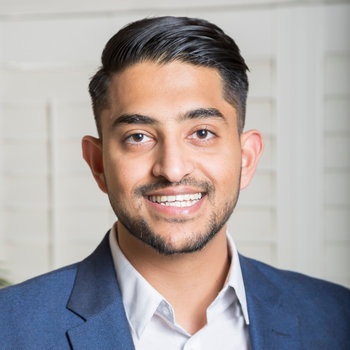